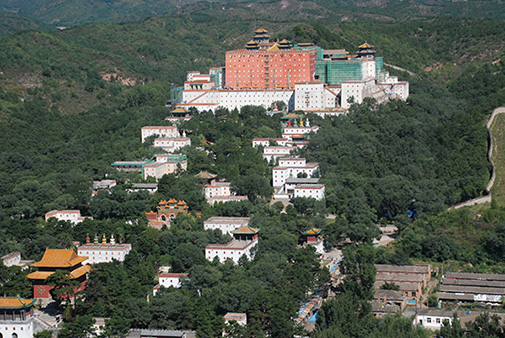 In Russia most Kalmyks are located in the Republic of Kalmykia and the adjacent Astrakhan region (click here to see map). A small group of Kalmyks, consisting of those who stayed in Siberia and did not return to Kalmykia following the Stalinist exile (1943-56), are also known to live in various places in Siberia. Work migration, a recent phenomenon, also resulted in a considerable number of Kalmyks migrating to Russian cities, Moscow and St Petersburg being the most popular destinations. The majority of these work migrants, however, have permanent residency in Kalmykia.

On this page the cultural heritage of the Kalmyks in Russia is documented in seven main collections, namely Kinship, Intangible Cultural Heritage, Material Culture, Pastoral Economy, Religion, Traditional Medicine, and Military Culture. Each collection consists of sub-collections that have been thematically divided into minor collections that host the actual video footage. The two menus and the breadcrumb trails underneath the secondary menu will help you to navigate through the collections. Alternatively, you can also use the List of Collections button at the top right-hand corner of the web page to reach the video collection you require.

The Republic of Kalmykia, an area covering 76,100 km2, is situated in south-western Russia, on the western part of the lower Volga Basin. Its capital is Elista. The republic has a stretch of nearly 100 km of Caspian coastline in its eastern part. Kalmykia has a continental climate, with hot and dry summers and cold winters. The average January temperature is -5 °C, and the average July temperature is +24 °C. The prevailing landscape of the republic, especially its central and eastern parts, is steppe, with scarce vegetation. Here annual rainfall is 190-300 mm per year. In contrast, Kalmykia’s western part, where the annual rainfall is 350-430 mm, has fertile soil suitable for agriculture. In terms of ethnic composition, according to the 2010 census, Kalmyks make up 57.4 % of the republic’s population, Russians 30.2 % and other groups 12.4 % (for more information click here).

Astrakhan oblast', an area covering 44,100 km2, borders Kalmykia in the west, Kazakhstan in the east, and the Caspian Sea to the south. One of its distinctive geographical features is the Volga river which flows through the oblast’ and discharges into the Caspian Sea. Its administrative centre is also called Astrakhan (click here to see map). The oblast’ has a sizeable Kalmyk population of around 7,000, according to 2012 regional statistics, who live in the following places: the city of Astrakhan (1,147), Limanskii rayon (3,100), Narimanoskii rayon (714), Yenataevskii rayon (578), Ikryanenskii rayon (495), Harabalinskii rayon (244) and Chernoyarskii rayon (183).

Astrakhan oblast’ was created in 1943 out of parts of the territories of the then abolished Kalmyk Autonomous Soviet Socialist Republic and Astrakhan okrug. When Kalmyk ASSR was restored in 1956, two Kalmyk territories, namely Limanovskii and Narimanovskii rayons, were not returned to Kalmykia.

The territory corresponding to Astrakhan oblast’ has long been associated with the Kalmyks. Owing to the presence of the Volga river, as well as their administrative and physical separation from the rest of the Kalmyks, the Astrakhan Kalmyks have developed a host of unique practices and rituals, which the project aims to document.